What you need to know about the "KRACK Attack" vulnerability

On October 16, 2017, this vulnerability was made public. If exploited, it could allow hackers to decrypt and read Wi-Fi-transmitted network traffic in some situations.

What you need to know:

What does KRACK stand for? 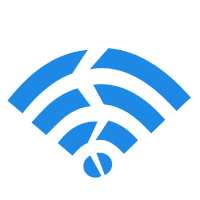 How does a key reinstallation attack work?

The WPA2 protocol currently employs a “4-way handshake,” which confirms that both the client and access point have the correct credentials (a password), while at the same time creating a fresh (never used) encryption key that will be used to encrypt all subsequent traffic.

In a key reinstallation attack, a hacker would manipulate and replay the cryptographic handshake messages to trick a victim into reinstalling an already-in-use encryption key. Because the attacker forces reuse in this manner, the encryption protocol can be attacked, e.g., packets can be replayed, decrypted, and/or forged.

Vanhoef recorded a video demonstration of such an attack.