By February 1, 2018, all PCI security assessments will need to use version 3.2 of the PCI DSS.

According to Troy Leach, the PCI SSC’s CTO, the council made these changes to the PCI DSS, “to ensure it continues to protect against old exploits that are still causing problems, addresses new exploits and provides greater clarity for implementing and maintaining PCI DSS controls.”


Starting February 1, 2018, the changes in version 3.2 will be effective as requirements, and all assessments will need to use the new version. 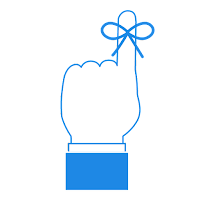 Migration from SSL & TLS v1.0 to TLS v1.2
Follow for more data security articles like this
SEE ALSO: What are the 12 Requirements of PCI DSS Compliance?


Resources to Help You Comply with PCI DSS 3.2

Since 2018 is just around the corner, we want to make sure our readers are aware of and prepared for compliance with PCI DSS 3.2. We’ve compiled some of the some of the best resources to support PCI DSS 3.2 education and compliance at your organization:

Because PCI compliance involves many steps, details and technicalities, it’s important to start as soon as possible with any changes you need to make in order to be compliant with PCI DSS 3.2. The changes in 3.2 are intended to make organizations safer and less likely to experience a data breach. They also help clarify previous points of confusion for merchants and service providers.