5 Ways Your Mobile Device Can Get Malware 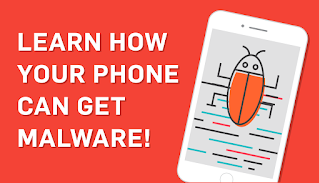 While a great convenience, mobile devices can be a great danger to your business.

Phones in the office are threatening your business and you may not even realize it.

Whether used as a POS device, storing and accessing sensitive data, or even making calls, mobile devices are being used more frequently in the office space. Here are some reasons why:

To many companies, the rise of mobile devices is a great thing. Business can be done quicker, more efficiently, and with less paperwork.

But there’s also a downside to mobile devices, and that’s malware. Hackers are constantly working to steal data from mobile phones and tablets. You’ve probably seen examples of these attacks in the news. And the attacks are becoming more and more common. Malware attacks aimed at Android have increased over 76% in the past few months.

SEE ALSO: Is Your Business Infected? Malware Trends of 2016

Why are mobile devices so dangerous?

Mobile devices in general aren’t as secure as computers. The same security measures that companies use for workstations and servers usually aren’t in place for mobile devices. Because of this, mobile devices may not be protected by things like firewalls, encryption, or antivirus software.

Yet more employees are using mobile devices to gain access to sensitive information. This puts their company more at risk for data theft.

How does mobile malware affect businesses?

Most businesses have corporate resources available from employee devices. Should any of these devices be compromised by malware, sensitive information could be captured.

But how does the malware get on your phone?  Here are 5 ways your mobile device can get malware.

The most common method hackers use to spread malware is through apps and downloads.

The apps you get at an official app store are usually safe, but apps that are “pirated,” or come from less legitimate sources often also contain malware. These are apps that appear to be legitimate, but instead contain spyware or other types of malware.

Occasionally an app with malware will make it through to an official app store. One recent example is InstaAgent, an app that stole Instagram user credentials and sent them to a third-party server without the knowledge of the user. These apps are usually discovered and taken care of quickly, but they illustrate what can happen.

Sometimes developers will use pirated development tools, which have been compromised. Everything developed using these tools will then contain malicious code, which may steal sensitive data or damage the mobile device.

Be choosy when downloading apps, and download only from reputable app stores. That usually prevents you from coming across malware-infected apps.

Often the mobile device itself may have vulnerabilities that hackers can exploit. Usually these vulnerabilities are discovered fairly quickly and patched up, but if you’re not regularly updating the software on your phone, your device will be vulnerable.

It’s critical to keep your mobile device up to date just like any other computer, or hackers can exploit those discovered vulnerabilities.

More employees are using their phones to look at and answer corporate email, which is a way hackers can install malware on your phone.

Here’s an example: you receive an email that says you’ve won something (a tablet, a vacation, etc). You open the email and click on the link, and nothing happens, or you’ve been taken to a dummy site. But malware was downloaded and installed on your phone. The data on your phone may now be exposed to that hacker.

Just like on your computer, avoid opening suspicious emails on your phone. 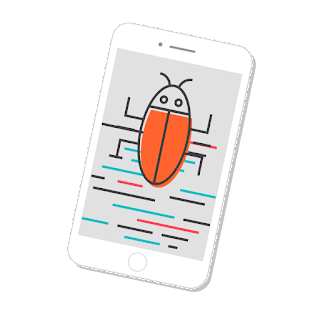 If you’re accessing insecure websites, you run the risk of exposing sensitive data transmitted from your device.  You’re also more susceptible to man-in-the-middle attacks, and being exposed to malware. Avoid using insecure websites and Wi-Fi networks, and consider using antivirus protection and a VPN on your phone to secure Wi-Fi communication.

The browser itself on your phone could also be a source of vulnerabilities. This can lead to web browser attacks. Attacks like these are more common on android devices. Make sure you have the most current version of whatever browser you use.

You may get a text message or a voicemail from what appears to be a legitimate source asking for personal information either about you or your device.

Hackers often use this information to steal whatever data they can, including social security numbers, credit card data, etc. They may even be able to use it to make a targeted attack to install malware on your phone.

Whenever you get a text like this, call the company on their legitimate phone and verify with them. Never give out sensitive information through a text.

Tips to secure your mobile device

The good news is while your mobile device may be at risk for being infected by malware, there are some easy things you can do to avoid it. Here are some ways to keep your device secure:
When it comes to data security, you need to treat mobile devices the same way you treat servers and other computers. Hackers are constantly finding new ways to steal information from mobile devices.


If you aren’t securing your mobile devices, your company’s sensitive data could be at risk.

Even though mobile devices can be hard to fit into a traditional network or data security model, they need to be considered. It's critical to include them in your information security planning!

David Page is a Qualified Security Assessor and has been with SecurityMetrics for 2 and a half years. He has over 18 years experience in network and system engineering, design, and security.