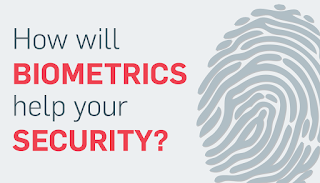 The payments industry is always on the lookout for new options to secure payments, both electronically and in person. Proven by recent credential-stealing attackers, passwords aren’t durable, and even though EMV is a great step, it’s no long-term solution.

The use of biometrics, although seemingly futuristic, is an avenue the industry appears to be actively pursuing. A biometric is any way to identify a person via their unique and individual body characteristics, and then compare that data to a pre-established data set in order to prove or disprove an identity match. The use of biometrics (vs. knowledge-based identifiers like passwords) provides a powerful and distinct link between a user and their identity.

Simply put, when compared to today’s authentication methods, biometrics more accurately associates a specific individual to a device or system, and may be considered more secure.

There are many ways biometrics are implemented in security settings, although some may be more realistic or practical than others. Examples include:
Obviously, some of these options, such as odor recognition and implants, will probably never be used for payments identification, but it's interesting just knowing they exist.

As James Bond-y as it sounds, biometric identification isn’t without its flaws.


Here are a few reasons why using biometric identification in the payments industry should be approached with caution.

Technology isn’t foolproof
Researchers discovered iPhone’s first fingerprint readers could be fooled by using a fake finger. That issue has since been resolved, but the underlying problem remains. Biometric technology isn’t a silver bullet. The increased use of biometrics also means more sophisticated attacks against biometric technology, courtesy of the hacker underworld.

Digital copy security
In order to function, biometrics technology must have a pre-recorded digital template of an individual’s specific biometric. My question is, where is this template stored and how is it secured? If the digital version of this biometric identifier isn’t protected, attackers could hack into the digital version and use it as hackers currently use stolen (conventional) administrative credentials. They could also add their own biometric template features to the master list of approved persons.

To be fair, cracking biometric technology isn’t an attack against the low-hanging fruit. It requires a heightened level of sophistication that puts it out of reach for most cybercriminals, but it’s not impossible. The most likely scenario where hackers could successfully attack biometric security would be stealing stored credentials.

Biometrics Are Permanent
Similar to Social Security Numbers, once a fingerprint has been supplied as an identifying factor, it can’t merely be reissued (like a compromised credit card) in the event it is compromised or misused.

I like what Ryan Wilk, anti-fraud expert at NuData Security, says about this topic.

“You only have 10 [biometric] passwords - if you're lucky to have all of your fingers - and you only have 20 passwords, if you count all of your toes. It's one of the risks of using active biometrics: you run out of options if they start to get breached." 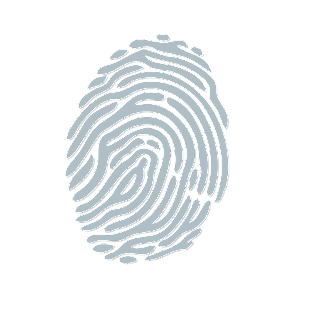 Applied Digital Solutions tried to get Americans to embrace chip implants in 2003. A bit ahead of their time, but it’s obvious the biometric trend will continue on into the future. What other futuristic biometrics uses does the future hold for the payments industry?

How to effectively use biometrics

Most security professionals agree the authentication technology currently used to identify individuals must undergo an overhaul to keep up with cybercriminals. Knowledge-based authentication, such as passwords, passphrases, and the like, are subject to sophisticated password cracking utilities that are adept at breaking even reasonably complex passwords.  Additionally, passwords and passphrases as security measures are only as reliable as the technology that protects them. The use of biometrics could add an effective layer of security to outdated knowledge authenticators.

“Just having the biometric per se is not good enough. They have to show that they're actively attached to a human being who's alive."

I agree with Alan. Biometrics shouldn’t be used in place of passwords, but as an additional layer of a multi-factor authentication-based security strategy.